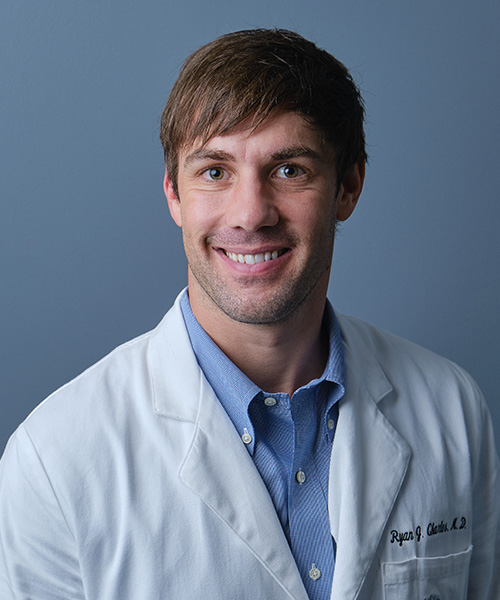 Dr. Charles specializes in hip and knee replacement procedures. He is trained in the latest techniques and technologies, including:

Dr. Charles received a Bachelor of Arts undergraduate degree in biology at the University of Virginia. He then earned his Masters in Biophysics and Physiology at Georgetown University. He obtained his medical degree at Tulane University School of Medicine, where he was elected to the Alpha Omega Alpha national medical honor society.

Dr. Charles completed his orthopaedic residency at the University of Michigan Health System, where he was a Chief Resident and received multiple awards for his dedication to resident education. He then became an associate staff physician at the Cleveland Clinic Foundation where he completed his fellowship in primary and complex hip and knee arthroplasty. During his training, he gained experience with state of the art technologies such as robotics and a modern minimally invasive direct superior approach to the hip, which have promise of improved patient outcomes.

Dr. Charles is also involved in many distinguished orthopaedic associations, including the American Academy of Orthopaedic Surgeons and the American Association of Hip and Knee Surgeons. He has also contributed numerous articles to well respected medical journals and has presented his work at regional and national conferences. He has a special research interest in patient-reported outcomes, preventing medical errors, and reducing unnecessary health care costs.